Foliage Follow-up hosted by Pam at Digging invites posts about foliage in the garden so today I'm showing my recent update of the face planter in the front garden.  Just over two years ago for Foliage Follow-Up in April of 2012 I posted about planting the face planter.  The deer developed a taste for the original planting of Cordyline so I replaced them with burgundy Cannas.   Everything looked great for a couple of years but by spring 2014 it needed a rework, especially since the Yucca 'Color Guard' plants were not getting enough sun.

I decided to leave the Cannas in place since they were doing so well. 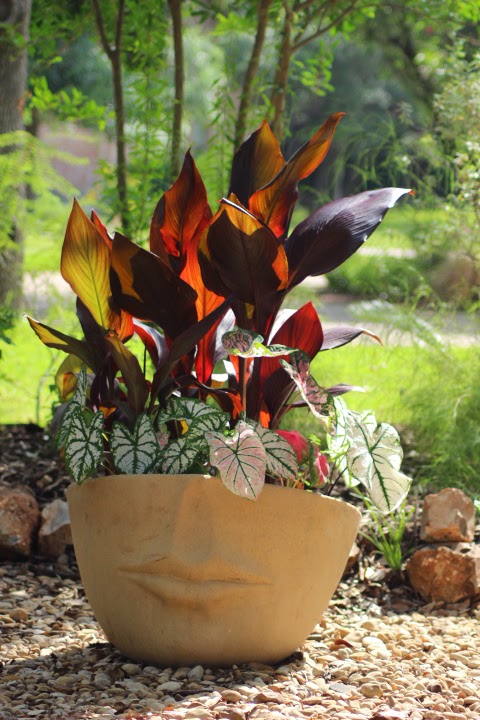 There are two varieties of Canna in the planter--Canna indica warscewiczii and Canna Intrigue.  I like the mix of deep burgundy and green foliage this combination brings to this shady area of the garden. 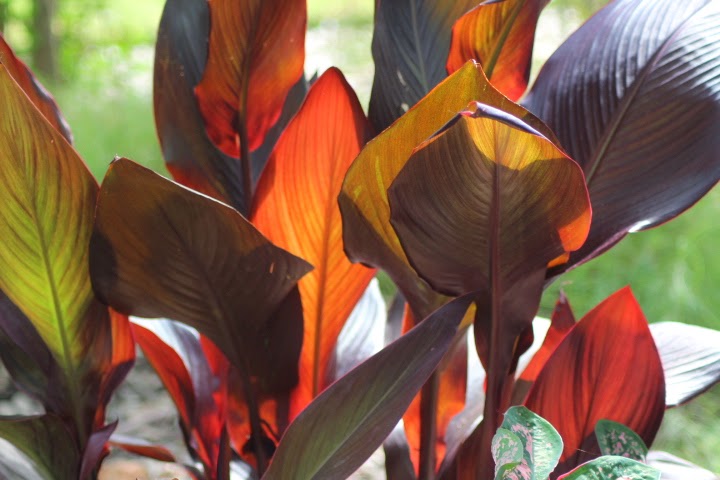 To replace the Yucca I added Caladiums from a large bag of assorted colors I picked up earlier in the spring from a big box store.  Caladiums are new to my garden but not to me.  My mother grew them for years in front of our home in Houston.  Knowing these old-fashioned favorites thrive in hot, humid, shady conditions I decided to give them a try this year.  I'm enjoying the color and pattern of the Caladiums. 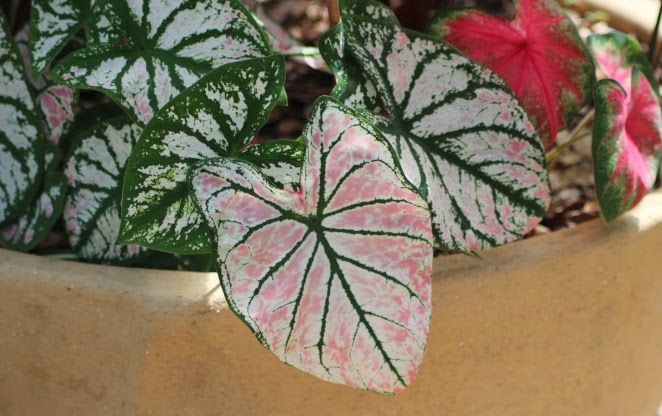 I have also added Caladiums to containers like this one on a small table in the front garden and tucked them in here and there around the garden for a bit of color in the shade.  The colors, even the pinks and reds, are very cooling in the summer garden. 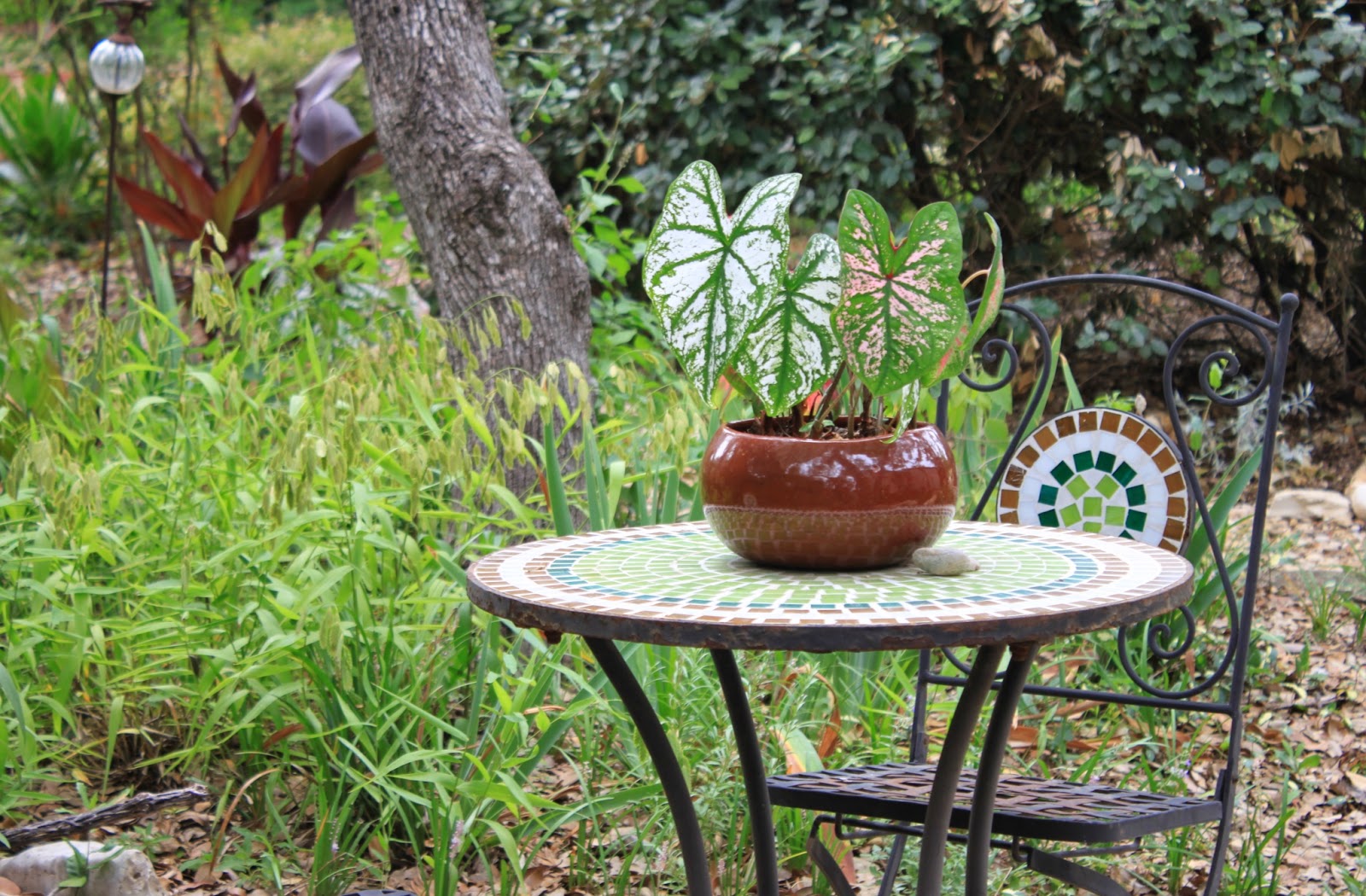 While Caladiums can remain in ground and return after most winters in Houston, I will need to store them to protect from frost in our colder San Antonio climate.  Some sites indicate deer will eat the foliage.  They've been here for several months and I have not seen any deer damage while nearby plants have been nibbled. 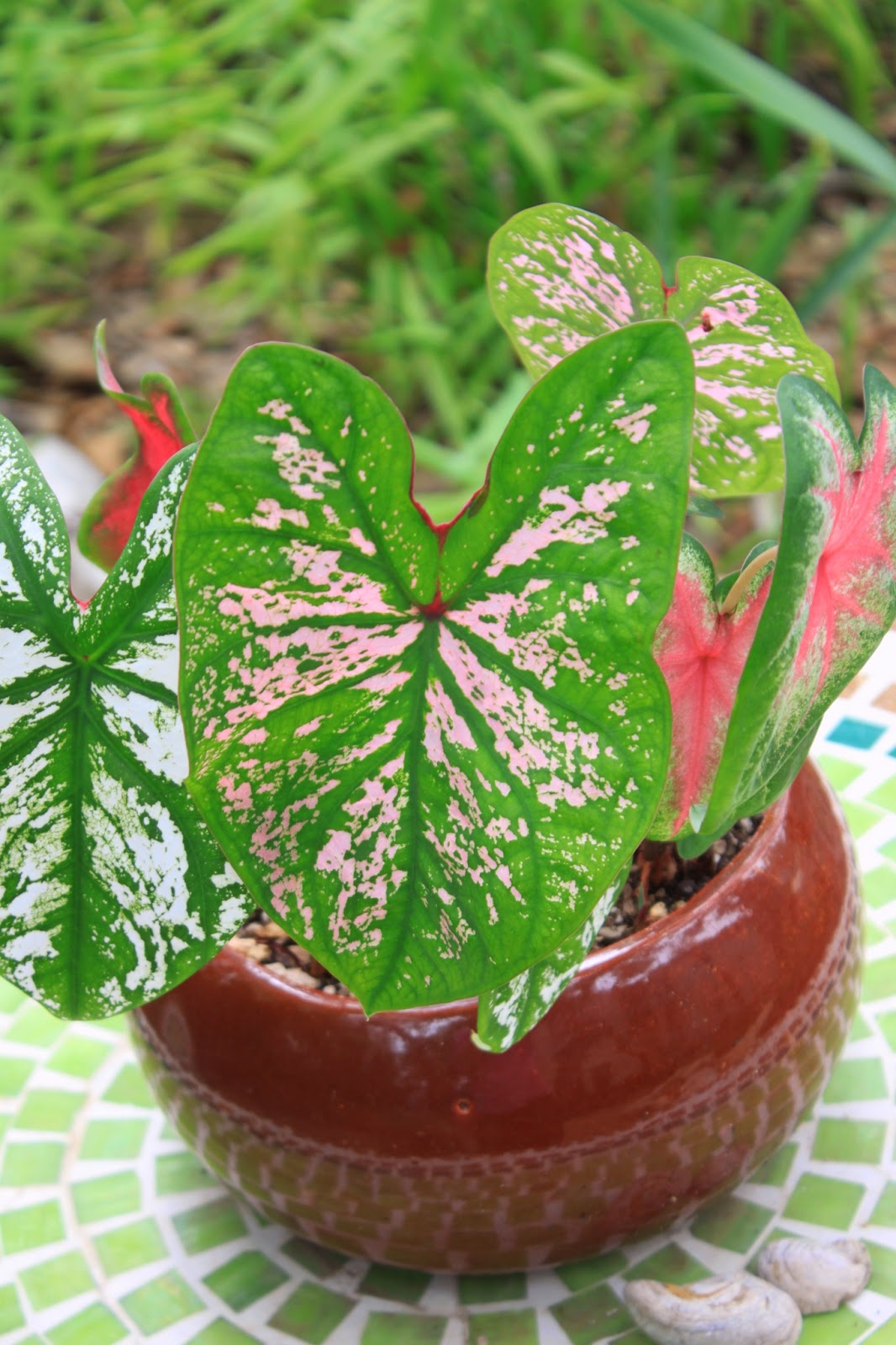 While I also remember Cannas from my childhood, I don't remember any foliage other than green so the varieties available now make them seem new.  Cheery, cooling foliage combinations just right for our hot, humid summers. 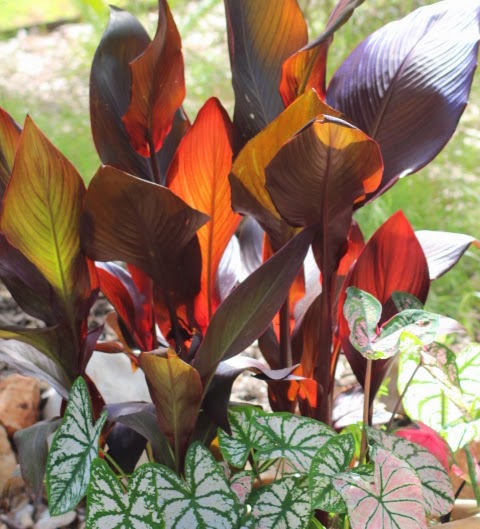 For more foliage ideas on this day after Garden Blogger's Bloom Day check out the comments section at Digging.
Posted by Shirley Fox at 2:03 PM