I'm joining Pam at Digging for Foliage Follow-up for April by checking in on my frozen Bismarck Palms (Nobilis bismarckia).

So what about those Bismarck Palms?  Back in January I posted on the State of the Bismarckias after a deep freeze took us down to 20.8 and those poor tropical palms quickly showed the effects of exceptional cold exposure by browning up. 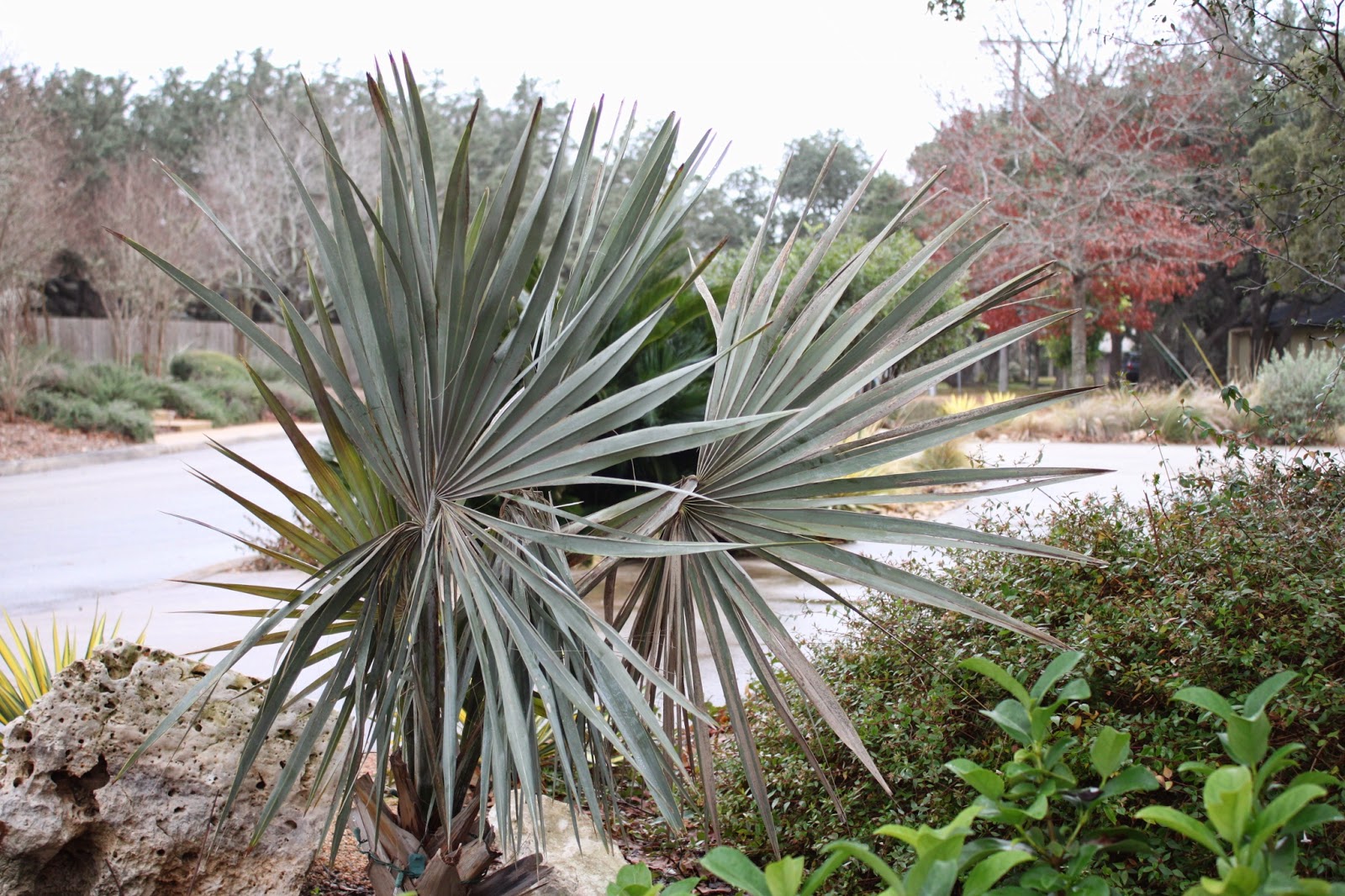 While 20.8 was the coldest night this past winter, it was just one of many freezes.  We lost count of the freezes and it was much, much colder than usual.  Eventually all the fronds died and our goal turned to keeping the trunk alive with lights wrapped around the trunk and base to keep the soil warm.  We left the dead fronds on through the coldest part of winter to protect the new fronds contained in the trunk.

I avoided posting this shot until now.  I thought they were lost.  Goners. 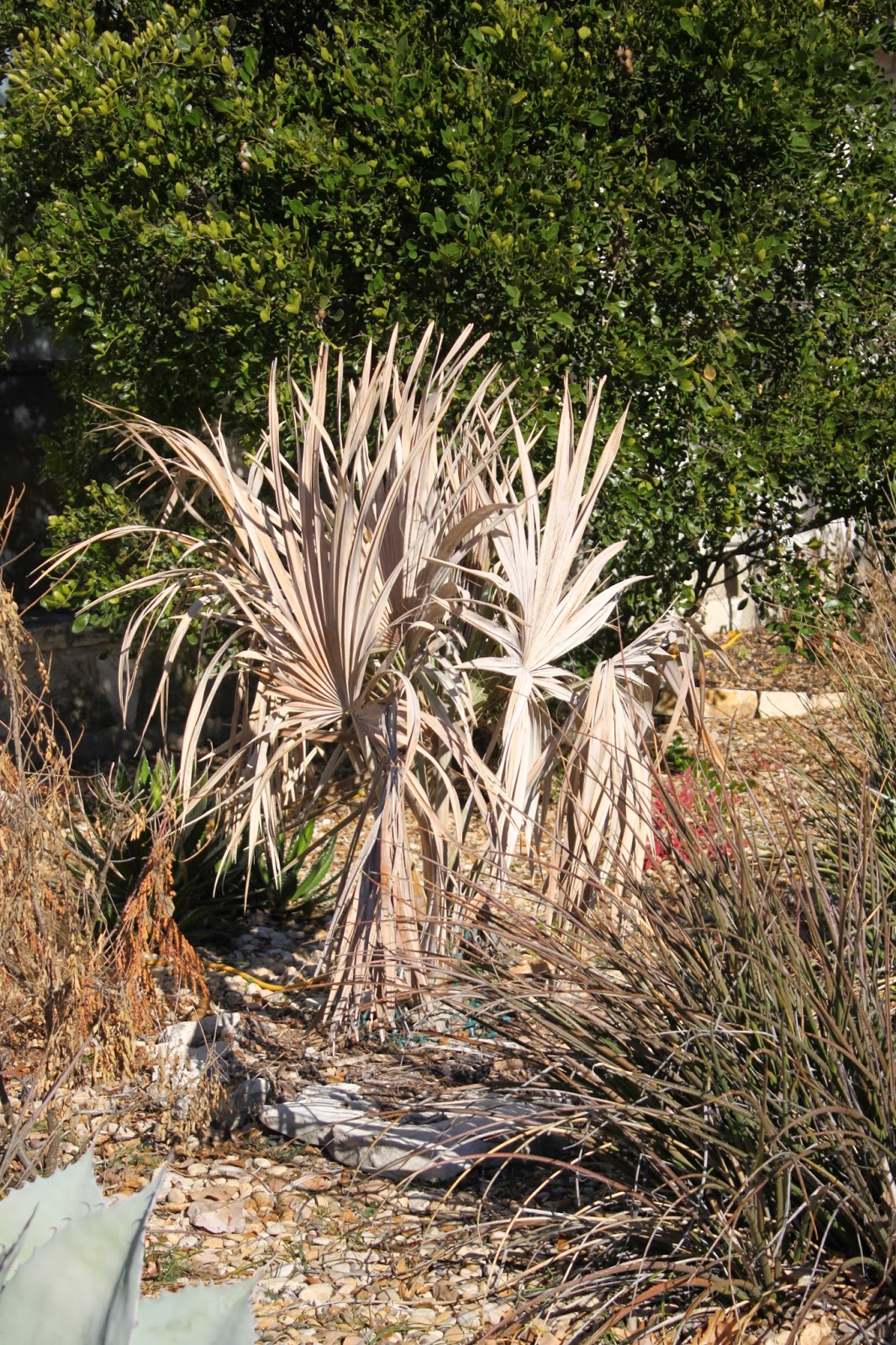 But they weren't dead at all.  We left the brown fronds in place during the coldest part of the winter. When it seemed we were safe from freezes the dead fronds were removed to make way for new fronds which were already emerging from the trunk.


These photos were taken today and the new fronds are a bit stunted but I'm happy to report the palms have survived.  More fronds are forming down in the trunk so all looks good.  I couldn't find a resource to tell me how many fronds a palm should produce in a season so it will be a surprise.


I've thought about moving them to a less prominent spot but they've earned a spot in the garden this year. 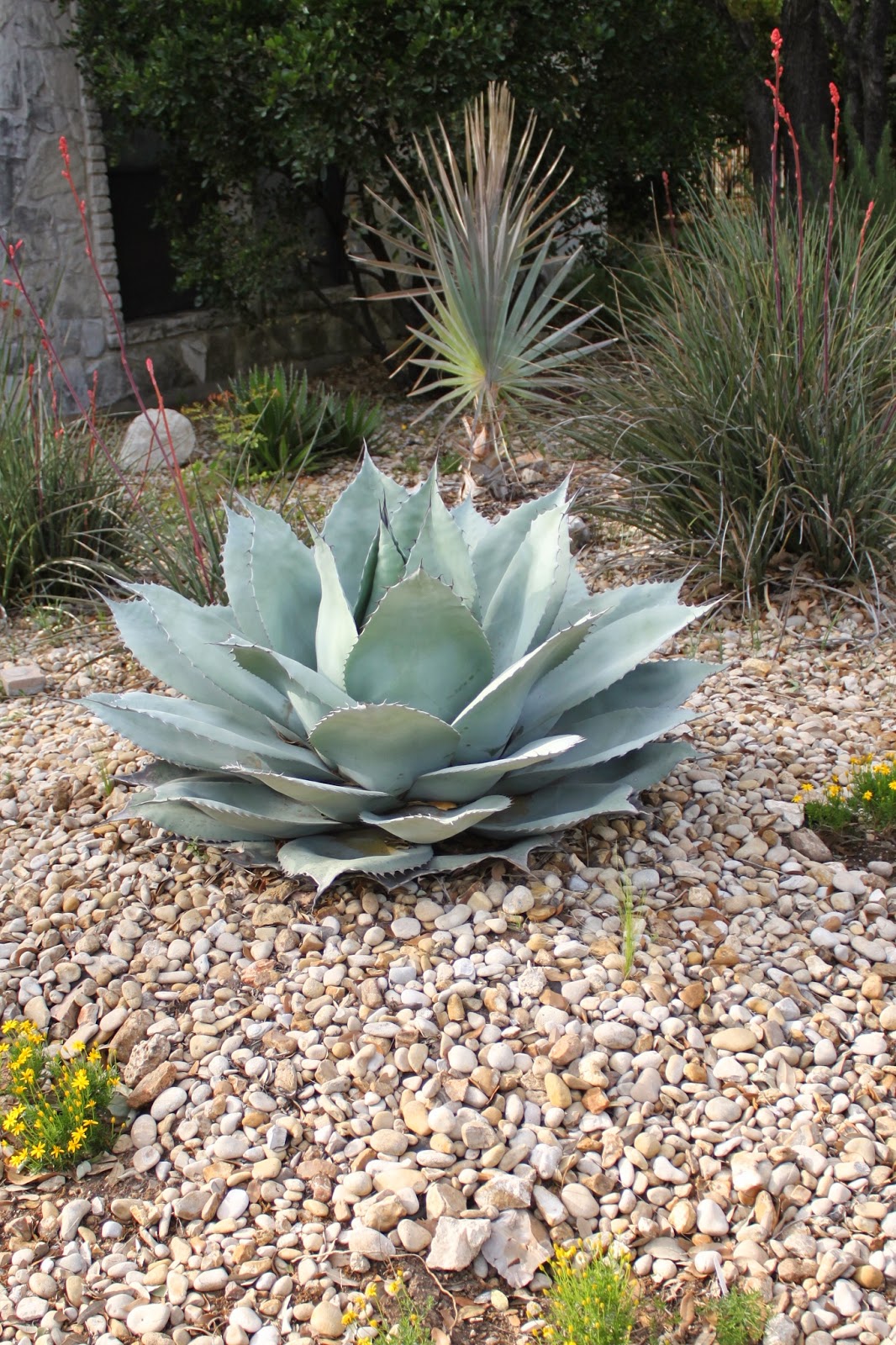 Yes, that is a gratuitous agave shot.  The Agave ovatifolia is the centerpiece of this bed and I'm so glad I decided to shamelessly copy Pam way back when it hadn't occurred to me that I might someday be a blogger too.  For more blogger posts on garden foliage be sure to check out Digging today.
Posted by Shirley Fox at 9:40 PM