To de-moss or not to de-moss, that is the question.

It's not really moss, it's Tillandsia recurvata and it clings to the live oaks in our area.  Ball moss doesn't directly harm the trees but it does accumulate and looks ugly.  When it takes over a tree it can block the light causing early demise of lower limbs and can partially block the view.  But mostly it just looks ugly. 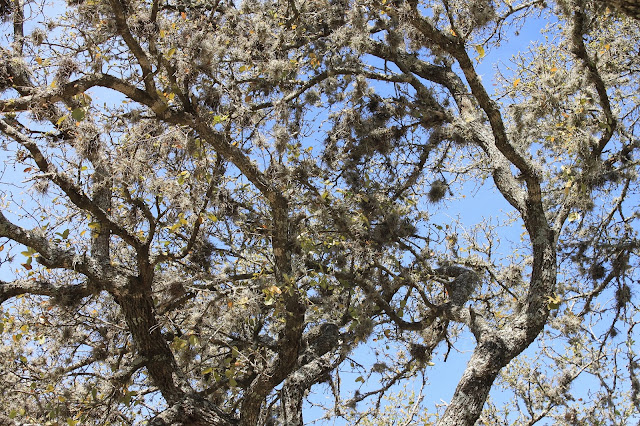 Our trees had never been de-mossed and this spring it was time to remove the accumulation of ball moss.  We hired a service, a rare non-DIY act for us.  DH says he knows his limits, which I was glad to see.  In addition to removing the moss balls, they trimmed and opened up the trees quite a bit by removing dead and crossing limbs.  As required by the city (and a very good practice), the fresh cuts were painted immediately to prevent the spread of oak wilt.  This was good timing since the new crop of leaves are just ready to emerge and also oak wilt carrying bugs are not yet very active in cooler weather. 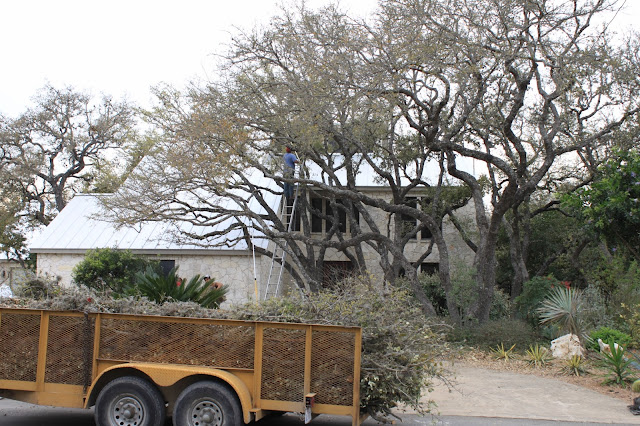 There was significant accumulation so it took the crew about two days to accomplish the task.  That big tree is high!  Notice the other crew member on the left watching for safety. 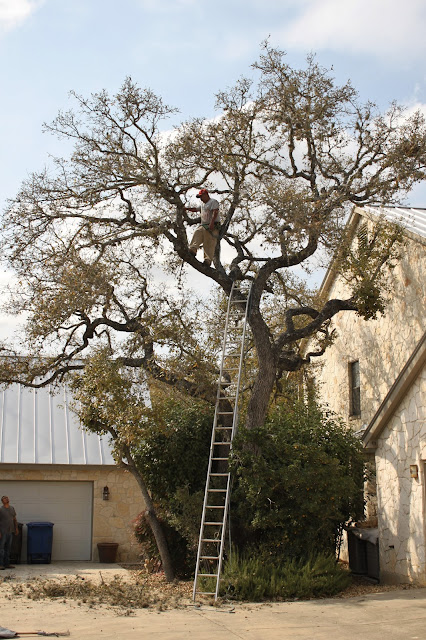 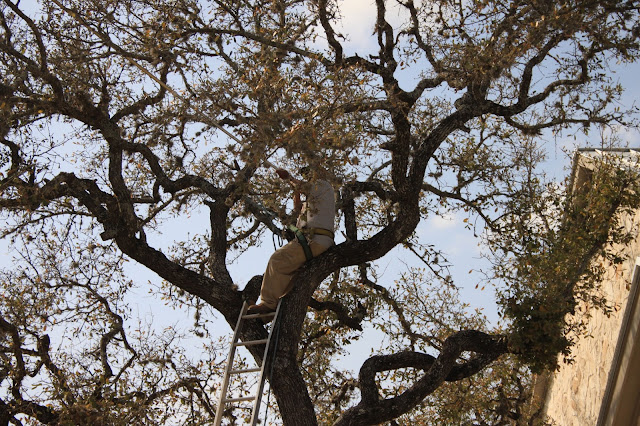 They were very professional and did a good job cleaning up. 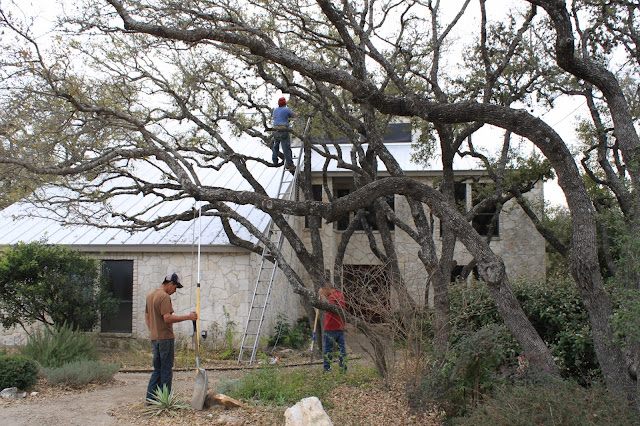 Because live oaks lose their leaves in the spring and these have just dropped it's easy to see how much more open the tree canopy looks.

Trees before the work 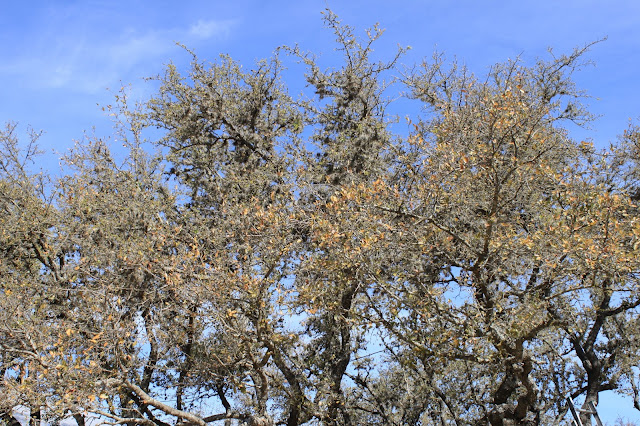 After the work, I also caught one of the resident hawks hunting against the blue sky (middle) 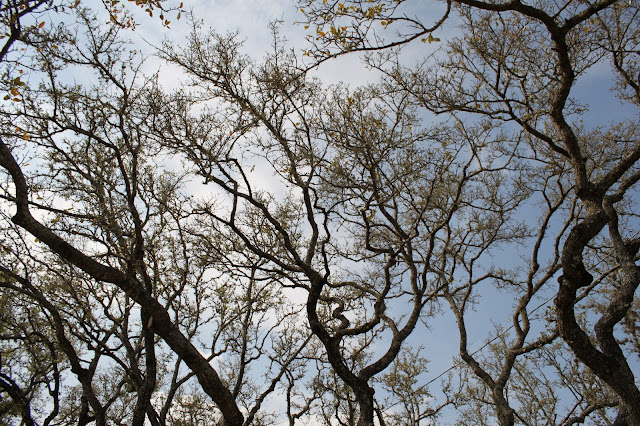 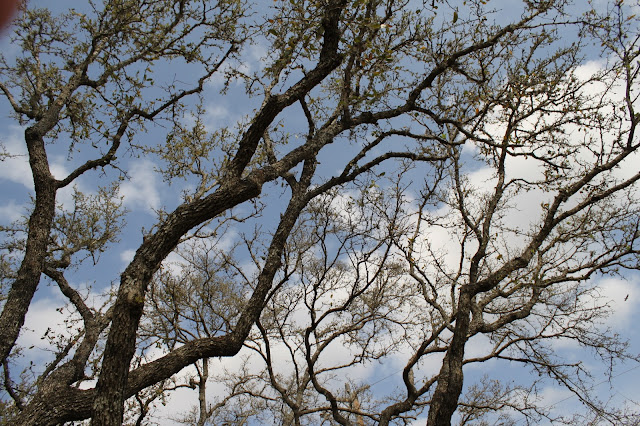 Front of the house from the street in mid-January as the old leaves were beginning to die off. 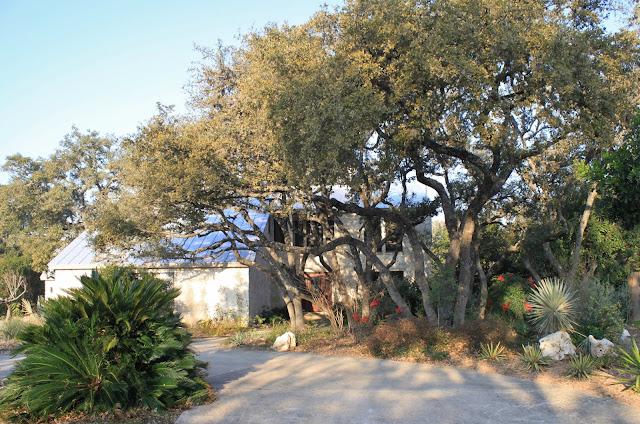 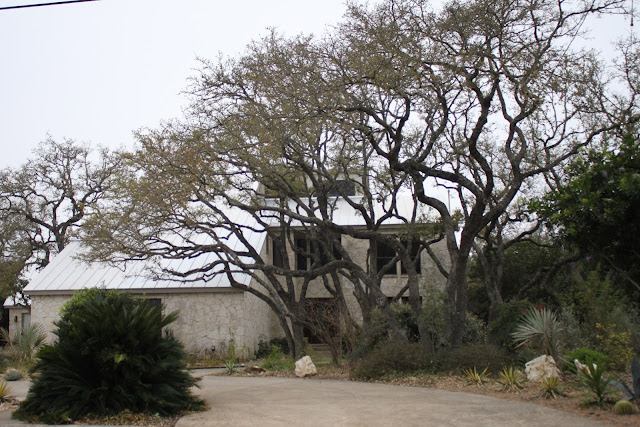 Even though we are experiencing a rare cloudy day there's more light on the front of the house.  New leaves will be appearing very soon and over time new branches will fill in.  It already looks so much better.
Posted by Shirley Fox at 1:45 PM